Over the last few weeks I’ve had a lot of people contacting me with questions regarding the recall of  Snowberry’s Family SPF 30 Sunscreen. I want to let you guys know exactly what happened, so here’s the explanation to clear things up.

Why was Snowberry’s Family+ sunscreen recalled?

Essentially this Snowberry sunscreen was recalled because Consumer NZ tested it and found that the formula only qualified if for an SPF20 rating, not SPF30 as advertised. The same test also stated that it failed broad spectrum testing.

However, the full picture isn’t quite as simple as that. While all of those things are true, what Consumer NZ didn’tmention is that the Snowberry Family sunscreen only failed one small part of the test by 1.5nm.

It also didn’t point out that the Snowberry Family sunscreen would pass the U.K Boots standard and the Japanese Cosmetics Industry Association standard at SPF30.

In a letter she sent out to Snowberry stockists, creator and founder Soraya Hendesi explained that they’d already tested the sunscreen to Boots standard once and it passed with three stars. She also mentioned that internationally the formula as it stood would be ‘medium broad spectrum’.

So, while it didn’t officially pass Consumer NZ’s AS/NZS testing as SPF30, in other countries it may have. It’s not an inherently dangerous formula, it simply didn’t score correctly according to Consumer NZ’s testing.

Because Snowberry is dedicated to creating safe, high-quality products, Soraya has decided not to simply re-label Snowberry Family sunscreen as SPF20, but to rework ingredients instead. She says SPF30 “is their target”, and that they’re now working on replacing the source of the Zinc Oxide that caused the SPF to reduce.

This is why Snowberry will be holding out on releasing the sunscreen again until roughly February 2018 when it can be re-certified.

Soraya says that despite all of this, she still believes Consumer NZ testing is a great idea.

“As a dedicated skincare company that does more gold-standard proof-of-efficacy testing than virtually all others, we do agree with Consumer NZ that testing should be mandatory in New Zealand, and that any change to a key ingredient should be a trigger for re-testing,” she says.

“You weren’t endangered by the Family+, but we are still very embarrassed that we let you down in that regard!” Now you’ve heard the full story, here’s what you need to know to stay informed about sun safety and cosmetic regulation.

SPF ratings measure how well a sunscreen blocks UVB rays, rather than the deeper-penetrating UVA sun rays. A lot of people think SPF ratings are simply a multiple of the time it takes you to burn, but this actually pretty misleading. If it was true, SPF4 would protect your skin against 60 minutes of sun exposure and that’s just not true - it’d actually block less than 70% of UVB rays.

Internationally the minimum SPF for sunscreens is SPF15 which blocks around 93% of all UVB rays. Better still is SPF30 which blocks close to 97%. In other countries SPF ratings are broken down into more specific categories to indicate protection levels. SPF15 - 29 sunscreens qualify as ‘medium SPF’ and SPF30+ sunscreens are ‘high SPF’.

When you take all that into account, it’s easy to see why SPF30 is Snowberry’s ultimate target.

The term ‘broad spectrum’ means a sunscreen protects the skin from both UVB and UVA rays.

It’s a common misconception that extremely high SPF sunscreens (like SPF50) keep you safer and are a better choice overall. In reality, statistics have shown that because people use high SPF sunscreens less frequently and in smaller amounts, they’re actually often less effective overall.

What’s more, two of the active chemicals used to absorb and deflect UV-rays in many high SPF chemical sunscreens harm the environment. Oxybenzone and Octinoxate have proven so toxic to coral reefs that states like Hawaii are considering legally banning them. However because these chemicals make it easier to achieve high SPF ratings, they’re still tremendously popular.

Rather than helping the skin partially absorb UV rays, natural sunscreens simply act as a UV block. Some use Titanium Dioxide to do this, but most brands (Snowberry included) choose Zinc Oxide because it protects against both UVA and UVB rays and is easily made ‘invisible’.

Just like driving tests, every country measures SPF using different tests and standards - here in New Zealand we use AS/NZS.

Even though they’re a little different, all of these different testing methods are scientifically sound and carry the same weight in most countries (for example, a sunscreen rated SPF30 by the UK’s Boots standard would likely be rated the same if they’d used the AS/NZS test here).

Belle & Sage supports Snowberry wholeheartedly and we can’t wait for their fantastic sunscreens to be back and better than ever. We appreciate their honesty and love the fact that they’re so open about what’s been going on and how they’re planning to fix it.

As a natural cosmetics business owner myself, I believe this move speaks volumes about Snowberry’s commercial integrity and overall care for their customers. Bring on new, improved SPF ratings and a brand new year! 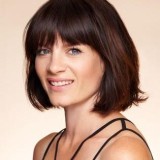